The Communications Engineering Lab (CEL) is located at Campus West (Hertzstr. 16) in building 06.45

The address for the GPS is "Hertzstr. 16". In the middle of Campus West is a large parking lot. You can reach it by taking the exit "KA-Daxlanden/KA-Mühlburg" on the B10 and then by driving the "Hardstraße" northbound. After approx. 1km the entrance to the Campus West is on your left side.
From the parking lot you can reach the CEL by walking 2mins in south-east direction.

If you are at Karlsruhe Main Station (Hauptbhanhof) you have two options:

1) Take the S-Bahn S1/S11 heading to Hochstetten and depart at the stop "Knielinger Allee". Then follow the walkway heading west which passes the hospital. At the "Kußmaulstraße" turn to the left and after ca. 200m take the small street to the right (Ludwig-Haas-Str. in google maps). After approx. 300m the CEL is on your right side.

2) Take the Tram 2 heading to Siemensallee and depart at the stop "Hertzstraße". Follow the Hertzstraße for about 150m heading north. Then take the small street to the right (Ludwig-Haas-Str. in google maps) and after approx. 200m the CEL is on your left side. 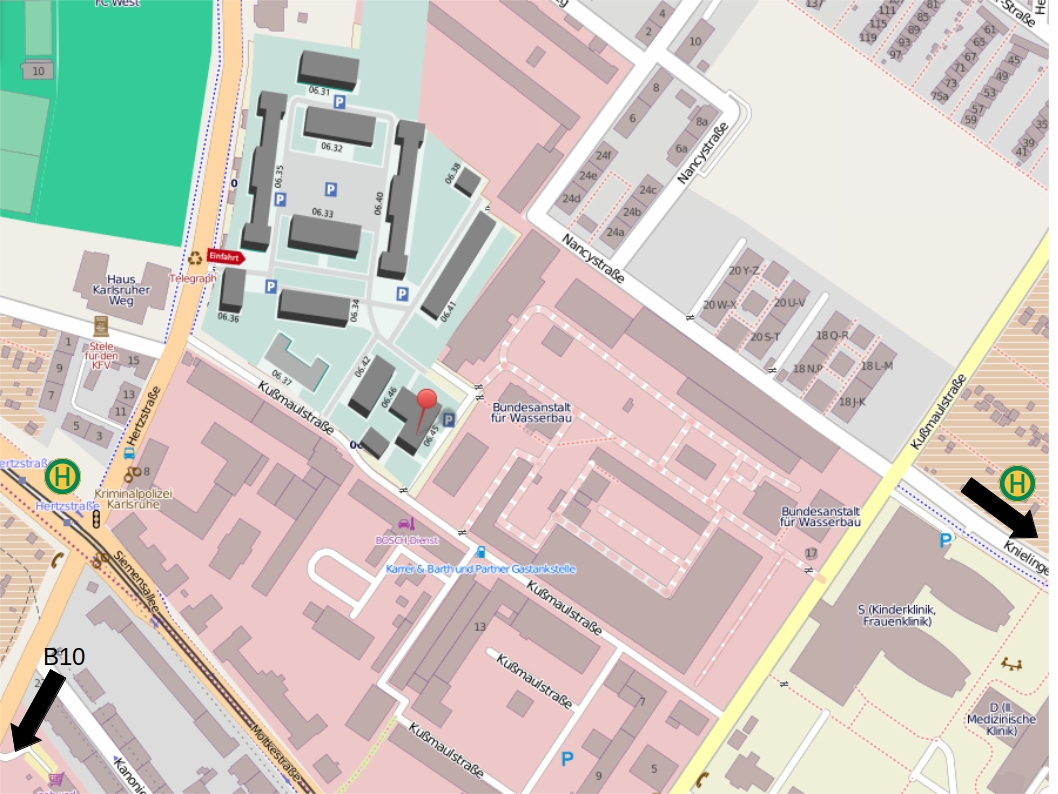